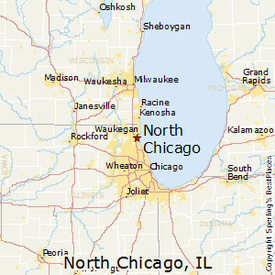 ​The Mayor approached Louise Loud and of course, she said no! He continued to talk to her and eventually she accepted the position as the first President of the Exchange Club of North Chicago. They then needed officers and began looking out into the community. They acquired Sherry Murry as President Elect, Lynette Hampton as Secretary and Teresa McSee-Odoms as Treasurer. They then had to form a Board. The Mayor would be the first board member, but they needed at least three others. Melody Bickhem, Theodore Wilder, Chief of NC Fire Department and Elsye Williams became the rest of the board.

On June 17, 2008 the Exchange Club of North Chicago was given their charter by the National Exchange Club. They held their installation of officers and charter banquet at the Flannigan’s restaurant in North Chicago, IL. The officers were inducted by Lou Molitor RVP Regional 3 National Exchange. The new members were inducted by President Louise Loud and their keynote speaker for the banquet was Judge Valerie Boettle Ceckowski. The club was chartered with 15 members.

​One of the first projects that the Exchange club coordinated was the removal of graffiti from local alleys and neighbor's fences. They were able to paint those areas with the help of the community.

​Today, The Exchange Club of North Chicago has since grown in many ways and has given back to the Community of North Chicago through our Programs of Service; Americanism, Community, Youth Projects and our National Project; the Prevention of Child Abuse. With our youth projects we have helped prominent seniors with scholarship funds and care packages. Our Pin Wheel initiative help bring awareness to the prevention of child abuse and the Anti-bullying programs give kids the opportunity to take the pledge to fight against bullying in their community.
We are looking forward to many more years of serving this community.
​

Create your own unique website with customizable templates.
ExchangeClubNorthChicago